In last week post I shared my first whiteboard video. Today I will show how I made this video with few resources. I did not use a whiteboard at all or make any drawings, because there is software that can help create such a video in a semi-automated way. Most offers on fiverr are based on videoscribe software, that is why most examples look very similar. Forget the idea that you can hire someone to actually makes drawings for little money.

I will explain how these outsourcing steps went for me, and I can tell you that is actually requires work anyway, because you have to think of what your video should like like and communicate this with the designer/artists.

One of the issues I have with fiverr, is that it is very hard to find out weather an account is fake or not. It seems that some larger companies are setting out fake profiles to reel in leads. Anyway, user recommendations and stats help to make a selection of potential gigs. (A gig is a service offered at fiverr).

The Voice Over Script

I had the 1.30 minute voice over script done for $15.75 with Alexia after sharing an old video and its transcription ($5,50) on the subject and explaining my idea, she converted a 8 or 10 minute video, in a voice over script using less than 200 words.

The next step is to find someone to record the voice over. I found Liz willing to do that at a total costs for me of $15.75.

With the voice over script and recorded voice ready, I had to think on the imagery matching the story. With the next video, I will do this is a more early phase. The animation video script was based on four stages;

I realized that just the Voice Over script was not enough, and wrote a description of each stage myself. Laszlo helped me with the animation and final composition of the video for $21.

The realization of the video is the work of a multinational team, organizing it requires certain skills, but the result is definitely more appealing than anything that I could do myself with limited time. Thanks to the contributions from Nigeria, Pakistan, Greece and Romania I was able to put together the video that I had in mind for a total cost of $58 US dollar.

Now that is in short how I created the whiteboard explainer video about the High Level Structure. Please like my video and subscribe to my youtube channel and let me know about your experiences creating whiteboard video’s with Fiverr.

It gets even better. Fiverr PRO. Read about Fiverr’s select group of top talent

This site uses Akismet to reduce spam. Learn how your comment data is processed. 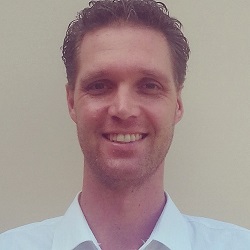